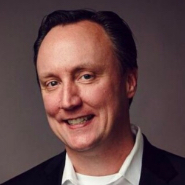 Chairman of the Board

Chris Murphy is an Operating Partner at Luminate Capital Partners. Prior to Luminate, Chris served as the Chief Revenue Officer of BlackLine, where he led the go-to-market team in revenue growth from $40M to more than $200M in four years and helped lead the company through a successful IPO. He spent 10 years at Infor where he was a cross-functional executive and played a key role as the company grew to over $2B in sales and became the third-largest application software company. Hollie Moore Hynes is the Founder and Managing Partner of Luminate Capital Partners.

Prior to founding Luminate, Hollie focused on software private equity investing at Silver Lake. Earlier in her career, she worked in private equity at Hellman & Friedman and in investment banking at Morgan Stanley & Co. Dave Ulrich is a Partner at Luminate Capital Partners.

Prior to joining Luminate, Dave was a senior associate at Mainsail Partners and an analyst at RBC Capital Markets. Dave also sits on the board at AutoQuotes, Conexiom, StarCompliance, and Quantivate. 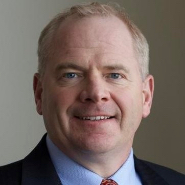 John Danner is a Managing Director at The Gores Group where he is responsible for portfolio company oversight as well as leading operational due diligence efforts for the firm’s investments . John was previously President & CEO at Northern Power Systems.

John has also held roles as President & CEO at Codon Devices as well as executive and management roles at PerkinElmer and McKinsey & Company.

Interested in learning more about Thought Industries and how we help businesses reach more customers through online customer training? Talk to an expert today.